So I have a small obsession with ghost towns and abandoned buildings and places. Two of my favourite re-inhabited places are Terlingua TX and Bisbee AZ, places I will continue to visit and live in from time to time. I’m going to start sharing all the weirdest and strangest abandoned places I know of. 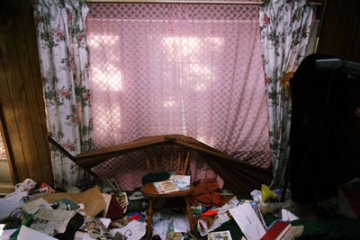 In 1962, a little fire in Centralia (Pennsylvania) migrated into an exposed vein of anthracite coal under the town. Although the flames on the surface were extinguished, the coal continued to burn underground for many years until a fire in 1984 got completely out of control and the city had to be evacuated. 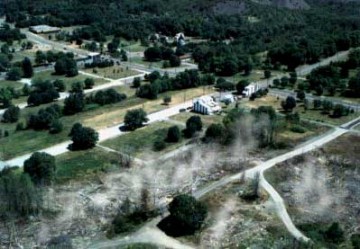 Today, Centralia is an abandoned and ghostly place. Its population has dwindled from over 1,000 residents in 1981 to 12 in 2005, 9 in 2007, and now there are just 7 remaining. The post office even revoked their ZIP code (Awww!). Very few homes remain standing in Centralia; most of the abandoned buildings have been demolished by humans or nature. At a casual glance, the area now appears to be a field with many paved streets running through it. Some areas are being filled with new-growth forest.

The fire still burns beneath the town and there is enough coal to feed the fire for up to 250 years.