Cape to Rio, the next big adventure?

By the way, I’ve been in Cape Town for about a month. Its ludicrously beautiful, sunny and laid back out here. Sorry I haven’t been updating its just been a bit distracting.

Anyway, every day, looking out on this view while sipping cup after cup of tea I’ve been dreaming more and more about being on one of these boats. The only boat experience I’ve ever had is being a passenger, and the idea always seemed a bit of an unreachable aspiration as I’ll never want to work so hard to earn enough to hang out with the hoitiest of the toity yachting crowd. So it doesn’t help that my step-dad Jeremy — who I spend a huge amount of time hiking the mountain and generally nattering with — also loves to talk about every conceivable adventure and the people who have tested themselves to the limits in the name of adventure. We’ve also been passing stories of the dreaded “yachty botty” and other sailing lurgies, one where the only two crewmen fell out with each other right at the start of a grueling year-long expedition and didnt speak for the rest of the trip or say goodbye when they disembarked, just stormed off in opposite directions never to see each other again; solo round the world trips and all sorts of exciting things. I hadn’t noticed but for a month these ideas have been creeping in, and then yesterday during a chat it dawned on me FOR THE FIRST TIME that you dont have to be stinking rich to go on a yachting adventure, just laid back, have a flexible lifestyle, and willing to do the grunt work.

WOW! “Cape to Rio!!”, my brain shouted at me. I remember sitting so glum in the dark assembly hall at school in the mornings hearing the headmistress talk about this student, much younger than me, who was given yet more time off school to sail the Cape to Rio with her parents, and other sailing adventures all the time. Of course the school pinned her achievements to their name. She had escaped the drudging pitiful life of poverty and homework that didn’t end till 1am I was lumped with. How I longed to be her and to have her parents!! It turns out I could be me and still do it! So yesterday a huge childhood dream came alive in me again and now I cant sleep because I’m beyond excited! The only thing that can stop me is not being selected for the race, but knowing my ridiculous luck that’s not going to be a problem. 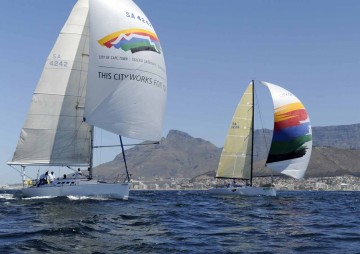 The total length of the race is around 3,600 miles across the Atlantic Ocean. After leaving Cape Town, participants head north-west towards the island of Ilha Trindade, and south-west from there towards South America. As they near the coast, skippers need to decide whether to take the longer route with stronger winds, or a more direct route with the chance for lighter winds.
— wikipedia 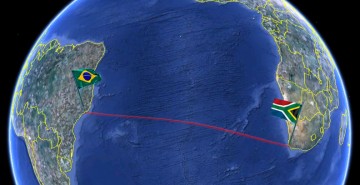 Right now my heart is set on doing the next South Atlantic Race / Cape To Rio in 2014, which is just around the corner, but also gives me just the right amount of time to do the various intensive skipper courses at the False Bay School of Yachting, possibly all the way through to Offshore Yacht Master, and volunteer in a few local races so that I can hopefully stand a chance of being selected for the big race. I plan to come out to SA a few times to get as much training in as possible. If the Cape to Rio falls through Im sure I will find something else equally amazing to do, and maybe by the time I have a some experience under my belt I will want to do a totally different race, but I have a feeling that this is the one, and it will be the big start. I have always dreamed of doing a solo world expedition, so this could be just the beginning.

Boy have I missed living by the ocean! I’m so happy out here 🙂