Wow! Reconsidering the pursuit of US Citizenship and everything!!! 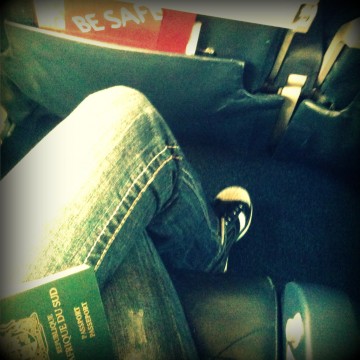 On the eve of the big tax day in the USA I’m finding myself rethinking this fanciful second passport idea. Its a strange idea that popped into my head as a teenager that it would be useful to have a bunch of shiny passports to wave at passport control and not be stuck with the travel limitations of my African one, and that having multiple countries to choose from would free me. South Africa is pretty far away from the rest of the world so growing up here a lot of South Africans cant wait to get out and see the world. But its expensive to fly out and few first world countries will have you for very long. To hold an EU or US passport symbolised freedom. This idea, this dream is now completely out of date with the realities of whats going on in the ever crumbling first world.

Not only is the dream outdated but its costing me a bomb in taxes just to retain my greencard. Taxes that are primarily funding wars and helping the government to further spy on and enslave us. In fact since I got Europe out the way years ago when I lived in England and since I’ve lived in the US a bunch already, the only countries Im really interested in visiting are mostly countries that welcome my previously-thought-to-be-crappy South African passport. Countries I’ll some time visit like Thailand, Mexico, Guatemala, Brazil, Cuba, Russia, Belize, various tropical islands, Peru, Ecuador, India, Morocco… and yes there are EU countries that I’d like to visit to see the Aurora Borealis and stuff like that, but really I dont want to LIVE anywhere that cold or anywhere close to where its getting so crammed or scarily facist, so I dont need an EU passport anyway. Just the occasional travel visa.

If I can let go of my self-brainwashing that having US citizenship is equal to some kind of safety, some kind of belonging somewhere, then by embracing the idea of using my old SA passport and paying for visas once in a while I become a global citizen, and I’m no longer enslaved. No longer have to pay taxes. No longer resident anywhere. I may as well face it, for a few years now I haven’t lived anywhere long enough to be resident of anywhere anyway. I’m always on the move. South Africa stopped asking me for taxes 13 years ago when I left. The USA is the only country in the world that taxes its citizens on their worldwide income no matter where they are resident or for how long. If I become a US Citizen, I will be the PROPERTY of the USA.

If you’re a freelancer or a permanent tourist, even if you are American and want to be free of paying taxes you should probably check this out so you can figure out your escape plan! IT’S SO DOABLE!!! And completely legal. Tons of people got out of the system donkeys years ago and haven’t regretted it a single day.

I want to go out to Thailand at some point (its paradise and its dirt cheap!!) and may decide to live there for a while. Like South Africa, there’s no income tax payable for non-resident citizens earning abroad. But if that doesn’t happen, Im ok with only having one passport. Sure I have to get visas a lot which can be a pain, but my passport is still a document I can travel with. There’s a big world to explore and so far these ties to the US have held me back from staying longer in incredible countries like Nicaragua for fear of losing my greencard and cost me more in taxes than I can even afford. In fact my credit card debt every year is exactly the same as what I’m paying in taxes that year. Funny that… it’s a perfect slavery system with willing slaves. The harder we work to pay off our cards and taxes, the more we are taxed and the further we become enslaved. All of this funding a quite-remarkable-and-so-clever-its-almost-admirable war machine.

It’s crazy how long its taken me to come around to this idea. Fear of the unknown was the only thing standing in the way between me and freedom.