Without suffering, would we have empathy? 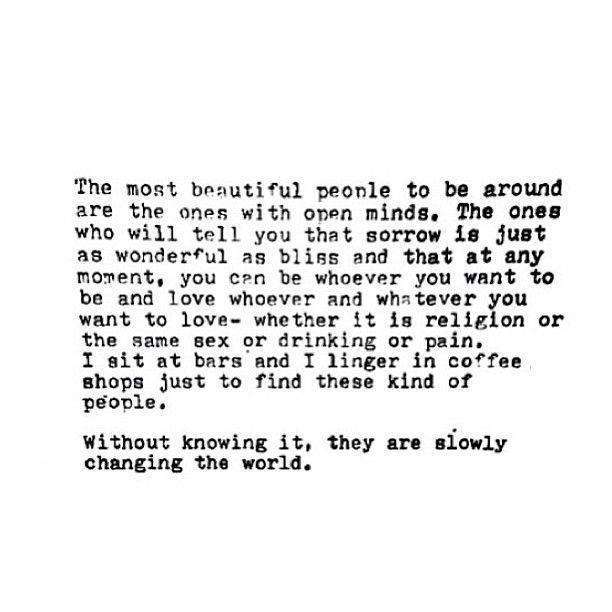 Do Psychopaths have a hidden suffering?

I often notice, with the surprising amount of sociopaths and psychopaths I’ve encountered in this short life, that they actually struggle with the inability to feel. They are willing to go to great lengths to feel something, even though nothing works, no matter how extreme their method progression runs. They are so intrigued by how much the rest of us feel and suffer that they often try to play with us and hurt us and watch us, like we are puppets… to try to imagine it, perhaps?

They feel superior to the rest of us (one of the known indicators, which I think is partly due to also having above average intelligence) and at the same time I think they wonder what they are missing out on… what makes us so special that we get to experience such extremes of joy and sadness and they don’t. They didn’t even get to have a choice! You might catch them every so often looking at you with this odd wonderment, wishing they could relate to your extreme joy or suffering, and then a second later the look of superiority comes back. I have a suspicion they feel shut out from the world of feeling anything or giving a shit about anything. I guess this in itself is a form of suffering that can never be cured. They will do anything to be a part of the extremes of suffering and joy, even if they only get to be the puppetmaster. Even becoming actors, or writers, about scenarios and things they know will convince others into feeling things, and convince others into believing they are feeling the things they speak of. Bear in mind that the majority of sociopaths and psychopaths are way too smart to end up in jail, weaving their way in and out of our lives in the most ordinary ways sometimes, yet leaving some of the most extraordinary moments to mind.

If you struggle with constant struggle, consider yourself lucky. You get to FEEL EVERYTHING, and you don’t even have to try. It’s just given to you. Your life is truly felt, experienced… LIVED. YAY! This is not something to be pitied or looked down upon, ever. EVER.

And now for something that brings us all together in the same boat:

“When another person makes you suffer, it is because he suffers deeply within himself, and his suffering is spilling over. He does not need punishment; he needs help. That’s the message he is sending.”
― Thích Nhất Hạnh